From the theory of Traditional Chinese Medicine (TCM), we get sick when there is a 'blockage' in the body, however, the sickness can be recovered with the 'blockage' being removed. This theory is simple yet universal. 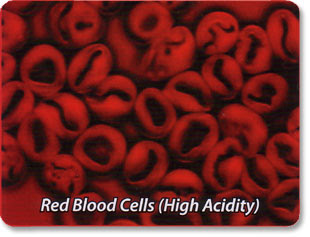 Sufficient oxygen intake is crucial for healthy life. Red blood cell is a vital functional unit of life because it carries oxygen. Nevertheless, our modern lifestyle, food intake habit and high stress level have produced so much acidic waste that increases the blood acidity. The red blood cells are shrink and compacted when they are in high acidity environment. In this case, the red blood cells are no more good at carrying oxygen. Their total surface area exposing to oxygen has been reduced. The blood has become very thick and causing inefficient transfer of oxygen to body cells. When a certain part of the body keep depleting in oxygen supply, eventually, it leads to diseases. This phenomena is somehow similar to the theory of 'blockage' of TCM.


If the condition of our extra cellular fluids, especially the blood, becomes acidic, our physical condition will first manifest tiredness, proneness to catching colds, etc. When these fluids become more acidic, our condition then manifests pains and suffering such as headaches, chest pains, stomach aches, etc. According to Keiichi Morishita in his Hidden Truth of Cancer, If the Blood develops a more acidic condition, then our body inevitably deposits these excess acidic substances in some area of the body such so that the blood will not be able to maintain an alkaline condition which causes these areas such as the cells to become acidic and lowers in oxygen. 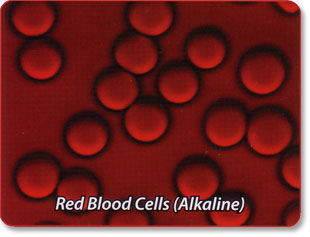 On the contrary, we need alkaline food source to neutralize the excessive acidic waste in the body. Refined salt won't be able to do this because it is acidic. Sea salt is alkaline and its pH usually range from pH 8-9. Bamboo salt has the highest pH among all kind of salt, its pH hits 10-12. Therefore, bamboo salt effectively removes the 'blockage' by neutralizing the acidity and promoting the uptake of oxygen.

Some real cases for your references. 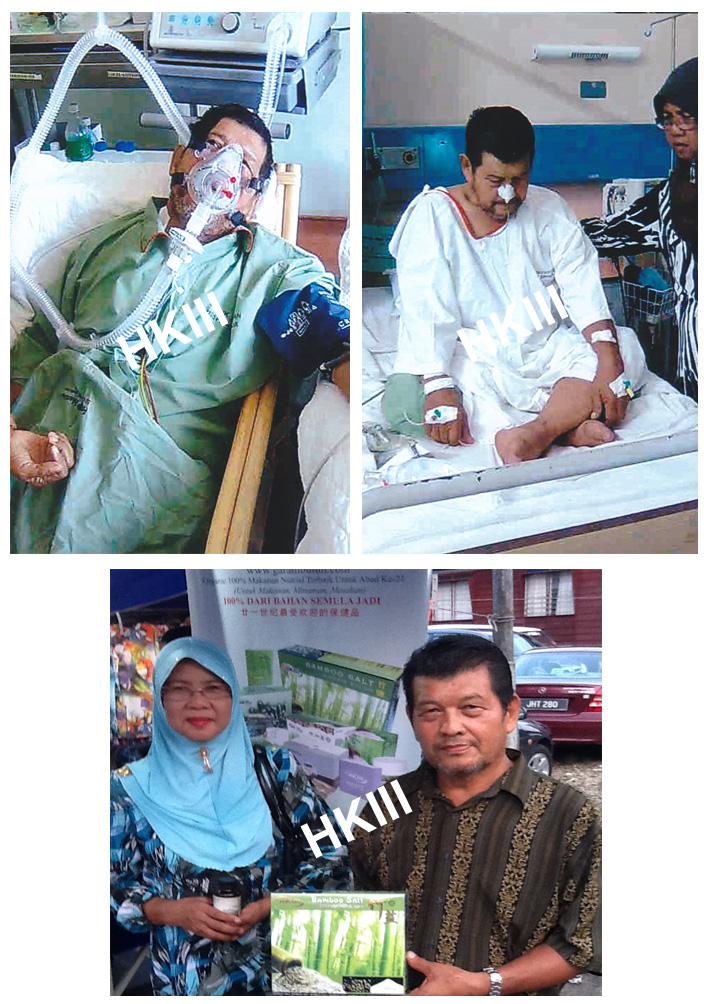 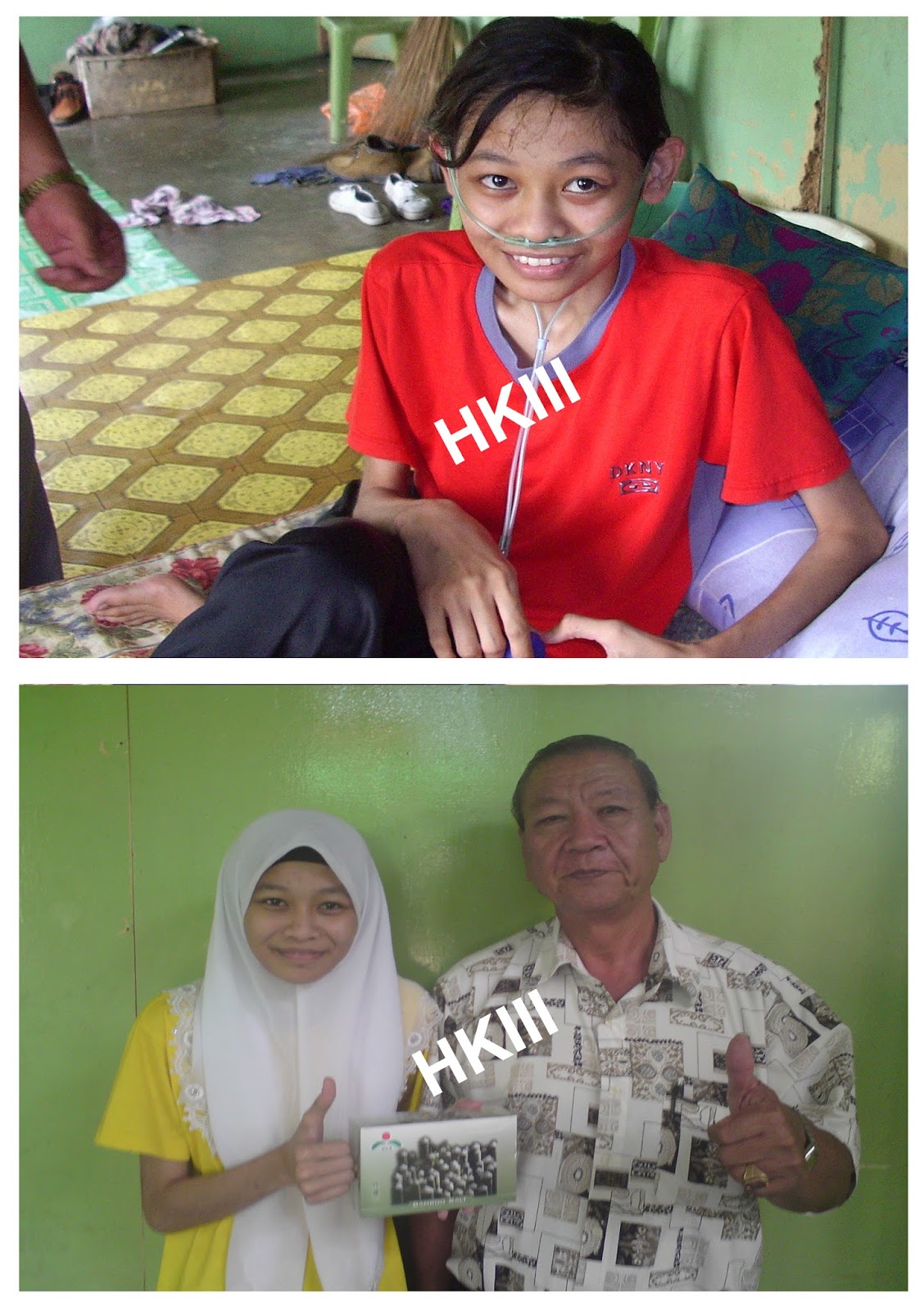 Interested to trade bamboo salt internationally? Contact me at my best email: trustung@gmail.com or directly email to the company's official email address hk3@hk3.com.my
Posted by Unknown at 02:20 1 comment: 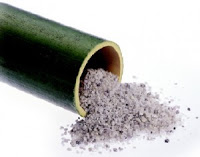 Comparing between chemical functions, it is a known fact that one kilogram of refined salt for few bucks will be less than effective to that of natural sea salt and therefore, bamboo salt is produced out of the natural salt.

A shown above, only natural minerals and substances are used to form bamboo salt.
Human body is not a machine to be smoothed by oil or substituted by spare elements when encounters problems. It is to be cured through the application of natural principles. In this, it is not to criticize or rectify modern medical view, but to review the trend of siding more on sciences and medicine. Bamboo salt can, not only effectively cure diseases, but also strengthen the body and boost up vitality. So why don’t we utilise it to the fullest to resume the health?

Are you looking for a good brand of bamboo salt? We would recommend you to go here, https://www.hk3.com.my/en/bamboo-salt

Salt and the human body 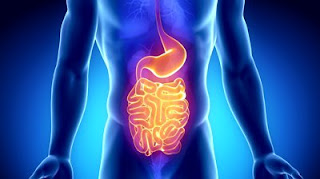 Saliva will immediately be excreted once salt is put into our mouth. Saliva is a remarkable digestive agents, nutrition and anti-cancer agents. Why is salt able to stimulate the excretion of saliva? Chlorine is the main element of salt; it can stimulate gastric juice therefore food is able to be digested once gastric juice is produced. Digestion means the process of absorbing nutrient from food we consume. It also means to transform the basic food of ours into strength-energy. Once our body is not supplied with sufficient salt, gastric juice will be reduced and our bodies will not be able to digest normally. If food that we have consumed cannot be digested normally, these people will not only suffer with dystrophy, but also accumulate the toxins, caused by the undigested decomposing food in such bodies. It will eventually cause many severe diseases and destroy our health in the end. Gastric, is said to be the “root” of one’s body, there are indeed some truths in it. 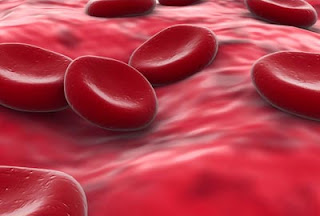 As we all know that blood is constituted by red blood cells and white blood cells. Red blood cells deliver oxygen and discharge carbon dioxide (metabolism) however white blood cells devour germs. Therefore, the statement -“All diseases begin with unclean blood.” is said to be true. Supposing that there is only clean blood flowing through the whole body, diseases will automatically recover even though they are not treated. People often evaluate one’s health in accordance with the colour of the face. It has completely got the scientific proof. Iron is the needful component for white blood cells and stomach acid is the main material to digest iron. We know if one’s body doesn’t get enough salt’s intake, he may not be able to produce stomach acid and digest the iron. If the iron cannot be digested well, this body will also not be able to produce red blood cells. Finally, anaemia is caused: it means the body will lose its ability to deliver oxygen and discharge carbon dioxide and devour germs.

In addition, salt possesses an outstanding blood cleansing effect. Salt involves in the pivotal actions to our body directly – The production of gastric juice and blood. Therefore, it is not advisable to consume a little amount of salt and inferior grade of salt, or even not to consume any salt completely, our bodies will collapse under this trivial point. Isn’t it an indisputable fact?

Humankind, every muscle over the body need physical training, is a living organism. The pulse of the heart can’t even halt for a second or a minute. Lungs - breath and pant, inhale, exhale. Intestines and stomach are responsible for food digestion. And sodium is the main component of salt which leads this muscle contraction movement; it is scientifically known as the "sodium pump" function. The heart, known as the "salt barrels", implies the barrels of salt. In other words, the throb of heart needs an adequate amount of salt. In view of this, inadequate salt or inferior quality of salt intake is one of the major causes of heart disease.

Find out the best natural salt to improve your health, go here, https://www.hk3.com.my/en/bamboo-salt
Posted by Unknown at 20:12 No comments:

What is refined salt? 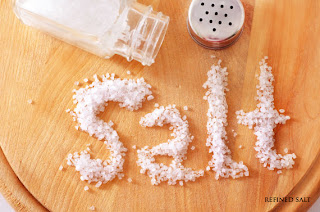 Natural sea salt contains a great variety of minerals that our body needs. It was first consumed by our ancestors in early days. However, modern development of civilization has resulted in a large quantity of industrial and household waste-water being channeled into the sea, making our ocean murky and polluted. When the heavy metals like lead, mercury, chromium, cadmium in the salt enter our body, it will be hard to dispel and accumulated to form the toxin. In short, salt itself is not to blame, but the poisonous substances that harm human body. Therefore, natural sea salt has to be processed before consuming it and thus, the refined salt is produced. After being processed, the salt, although is assured of its hygiene, the essential minerals will have been eliminated through processing, causing imbalance in its nutritional value. In other words, the seemingly clean “refined salt”, due to the processing skill which is still unable to eliminate the number one killer of the heavy metal pollution, it becomes obvious that the heavy metal substances are being filtered away alongside body’s minerals. Therefore, reducing the consumption of refined salt is seriously advisable. 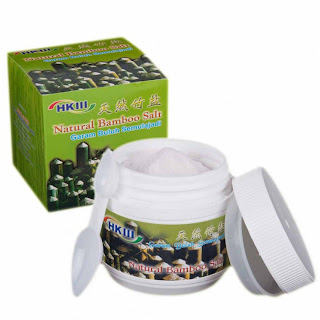 In the 20th century, in the post period of 80’s, pioneered in producing “bamboo salt” – a salt produce that aroused people’s concern. Simply put, bamboo salt is made by inserting the natural sea salt into the bamboo shoots and then being burned for several times with pieces of pinewood. In the processing of bamboo salt, the natural sea salt, pinewood, pine resin and red clay are added. Bamboo salt, with the above specially blended materials, with high temperature and processing steps, the poisonous substances in the natural sea salt are largely being neutralized and removed; meanwhile retaining and intensifying its medicinal value dramatically. With bamboo salt's preventive and therapeutic functions towards various modern diseases caused by industrial toxin, bamboo salt is undisputedly the finest product amidst the present refined salts. The circulation of bamboo salt signifies the brand new opening of the truly “Healthy Salt Era” in the 21st century.

The bamboo salt contains minerals in nature but in several processing in high temperature, the amount of sodium, potassium, calcium, magnesium, iron, copper, phosphorus, silicon, and etc. will increase in large quantum; especially zinc, which is the most (four times of its content in natural sea salt). Bamboo salt’s strengthening of muscle and immunity is much related to zinc. Zinc is functional to the men’s sex potency.

The potential of bamboo salt is that, first and foremost, bamboo salt replenishes the serious lacking of minerals and trace elements of people nowadays to reach chemical molecular balance in human body. Here, we cannot put an equal to the minerals found in bamboo salt and the minerals found in various kind of refined salt. The bamboo salt comes from the blend of natural minerals while the refined salt is the mineral additives. They are different in their natural properties. A hint to remind that selenium found in bamboo salt is able to cleanse and neutralize heavy metal toxicity and to prevent digestion related diseases and women’s breast cancer, as well as effective to cure urinary tract diseases, cancer and leukemia. All these are proven in clinical cases.

Besides, bamboo salt contains arsenic that is not found in refined salt. Perhaps it is not a pleasant word. Arsenic is absolutely a poisonous substance as found in rat repellant. Arsenic possesses poisonous effect does not only kill rats; even human beings, elephant and other giant animals are not to survive with arsenic. In fact, consuming too much of arsenic in the ocean can be fatal. However, proper consumption of it may cure diseases. Arsenic has intense medicinal effect to eliminate harmful germs in human body.

There are endless resources in the big ocean the earthly living things rely on, among which of utmost importance is arsenic. If it were to conclude that salt is the ocean’s concentrate which sustains its existence, arsenic is therefore the salt’s nucleus. When the toxins in the air and on the earth combine, the toxin will turn to infectious germs to trigger cancer and other diseases. When the toxin in the air and on the earth combine to cause living creatures contract diseases, the disease will almost be impossible to cure if the “King of Poison” –arsenic is not used. Arsenic in the raw salt, depending on its content quality, can be a fatal poisonous substance to the human body. However, arsenic in the bamboo salt, when has gone through high temperature of over 1000°C, and also been balanced by various medicinal value and trace elements, the intense poisonous effect is neutralized, remaining “the life-saving properties” to cure diseases and maintain health.

The differences between bamboo salt and refined salt

ALL ABOUT BAMBOO SALT